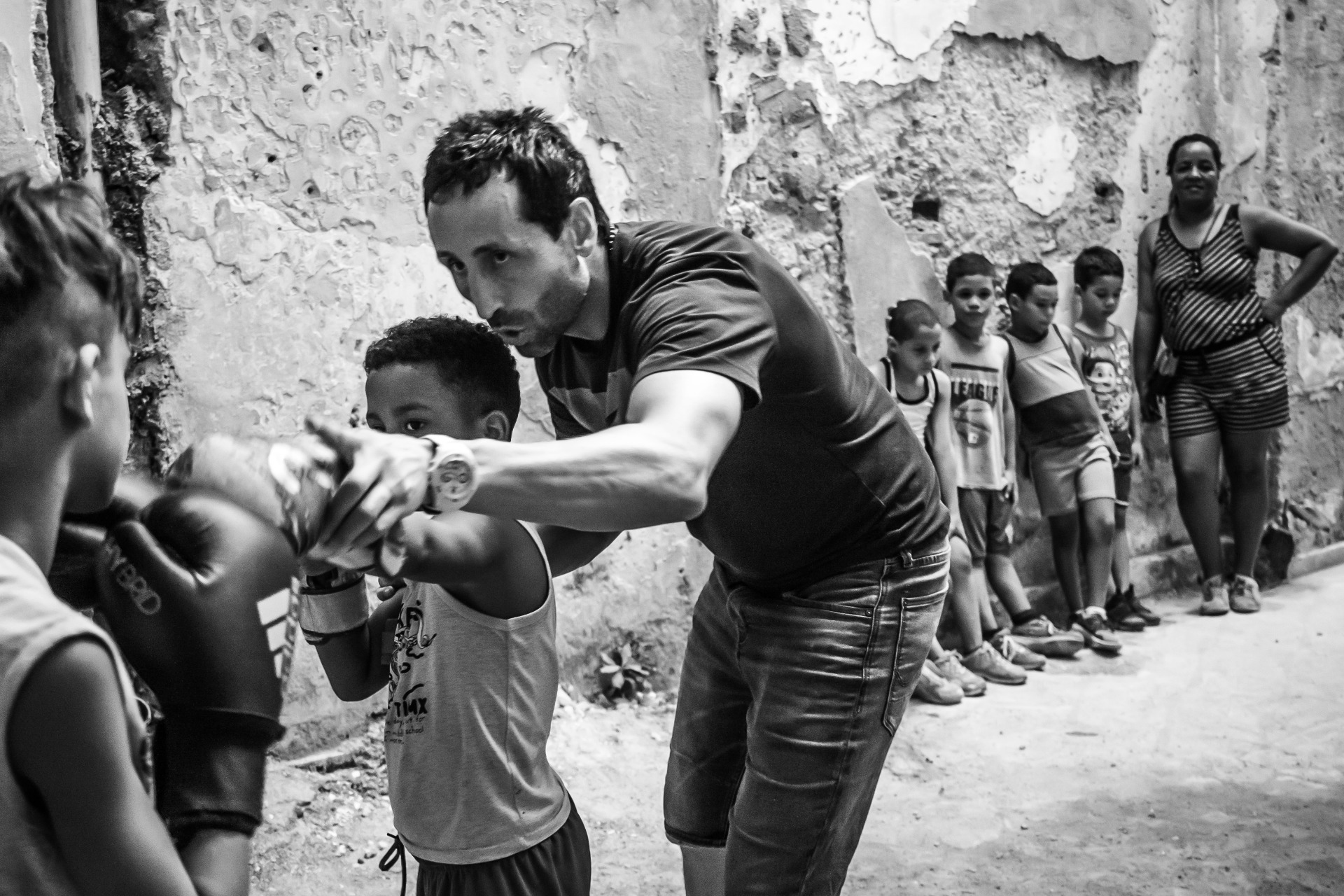 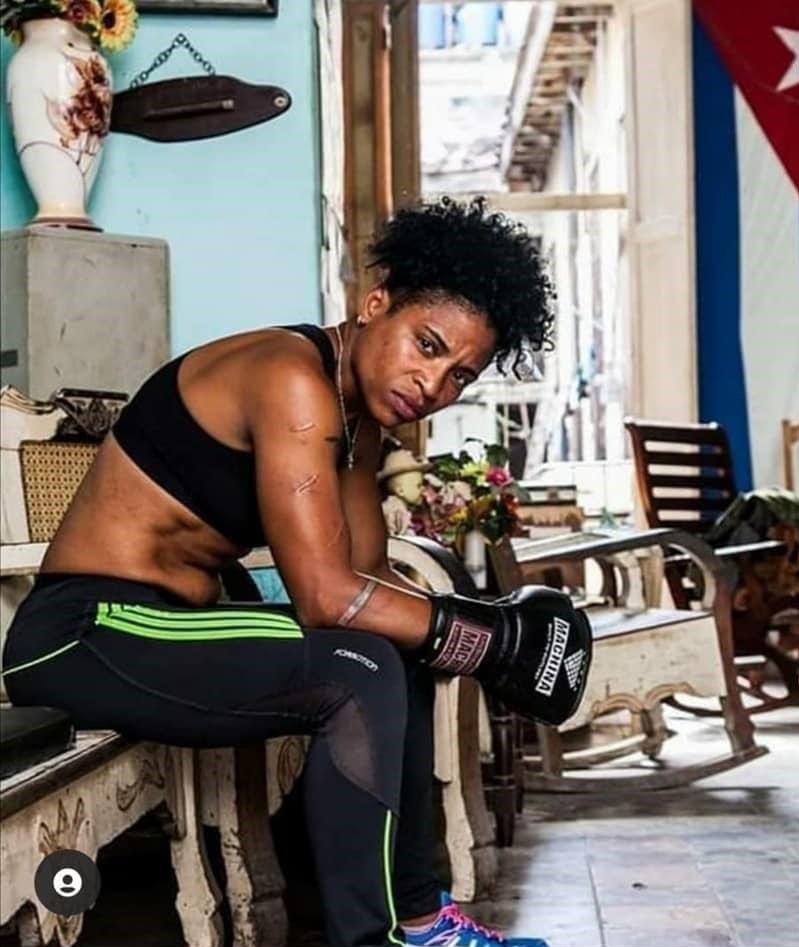 Namibia has dedicated her life to a seemingly unattainable victory. Namibia, a loyal Cuban, has spent most of her life dreaming of winning Olympic gold. Now, at the age of 39, she has reached the limit of being able to participate in the Olympic Games. Although her peers have encouraged her to leave Cuba and fight under the banner of another nation, Namibia has stayed true to her heritage and has maintained an admirable hope, even as she has continually fought against all odds. Namibia shows us the humble life it has created for itself, all to pursue its Olympic dream, if the Cuban Boxing Federation approves the long-awaited policy change. When not working, Namibia spends much of her time training at Havana’s historic boxing gym El Trejo, the Mecca of Cuban boxing champions. Because of regulations, Namibia trains mostly with men, some of them professional boxers and Olympic medalists.

He is a multiple Cuban boxing champion who competes internationally for Cuba. Emilio Correa is 2 x Pan-American champion. World and Olympic medalist. 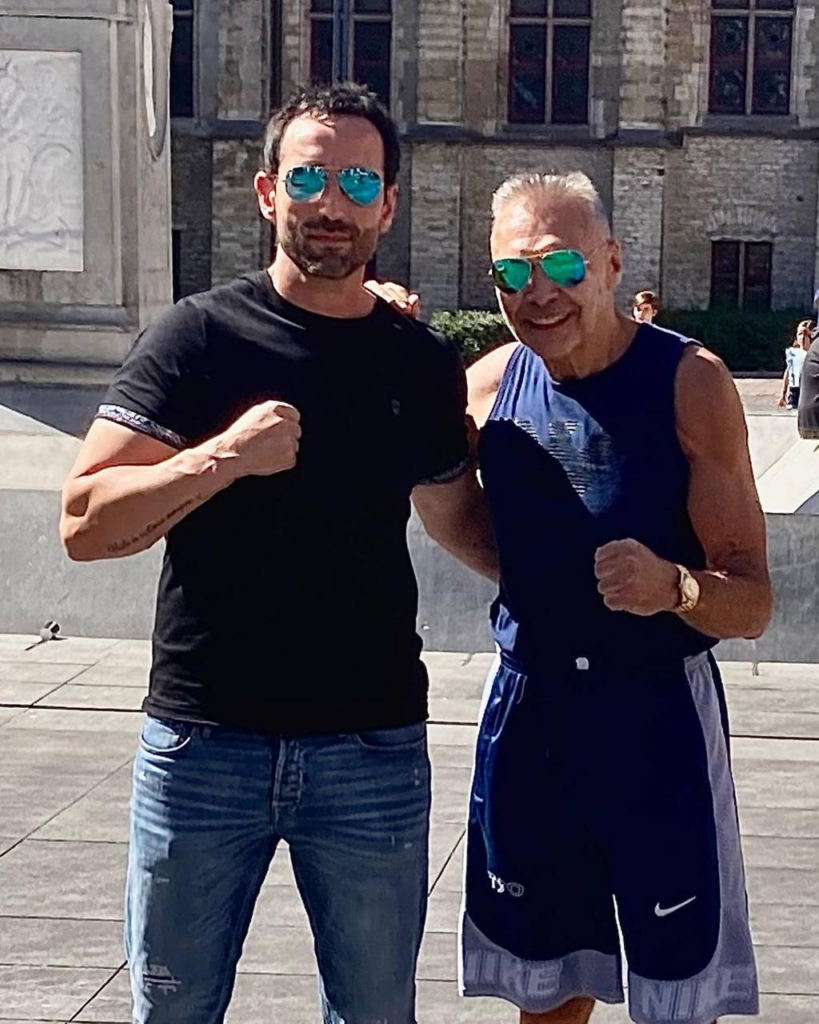 Freddy De Kerpel is a former Belgian amateur heavyweight champion. He began his professional career in 1970 in Los Angeles. Freddie De Kerpel fought in 30 fights as a professional. Of those, he won 25 combats of which 9 by way of knockout. He lost 4 fights and made 1 draw against Jean-Pierre Koopman. In 1974, he became the Belgian middleweight champion. In 1975 he faced Domenico Adinolfi for the European welterweight title (EBU). In the same year he retained his Belgian title against Christian Mossu. He never lost his Belgian title during his professional career. 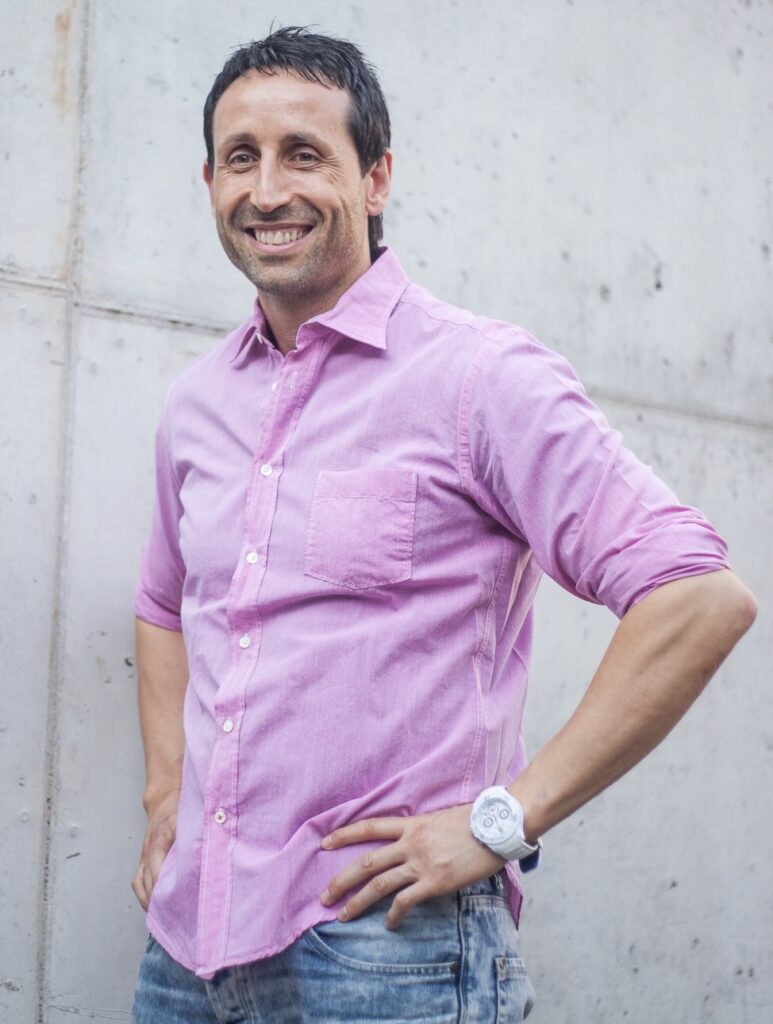 Passionate in the charity, improving the quality of  life for others. Qualified professional with more than 25 years of experience in the boxing world. Over more than 15 years of coaching boxers at all levels, business leaders, elite athletes and other professionals in acquiring a solid foundation in this noble sport. 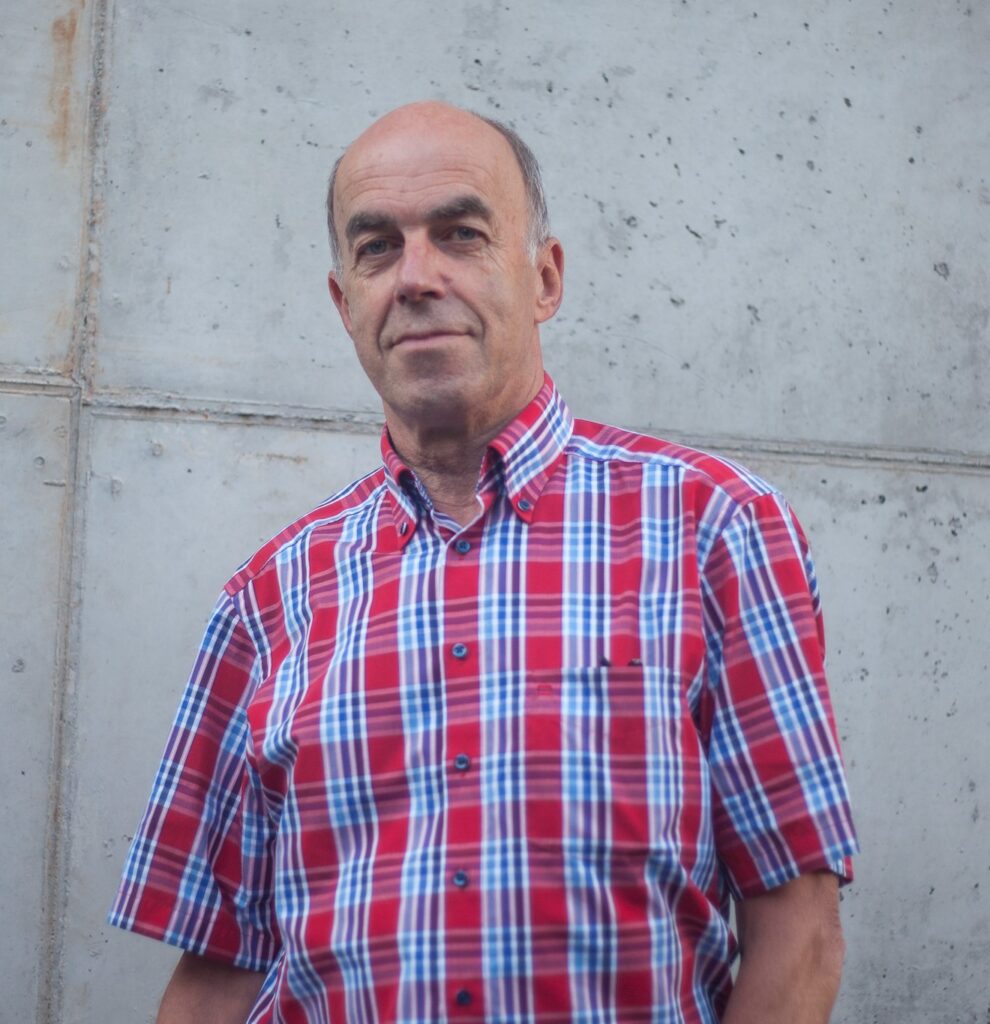 Luc is a retired Psychologist with over 40 years of international experience in personality assessment and other HR related subjects. As a Certified Coach he has extended experience in mental and skills training and development, one-on-one coaching and team coaching at all levels. One of Luc’s passions is the continuous improvement of the individual’s well-being both at work and in private life. 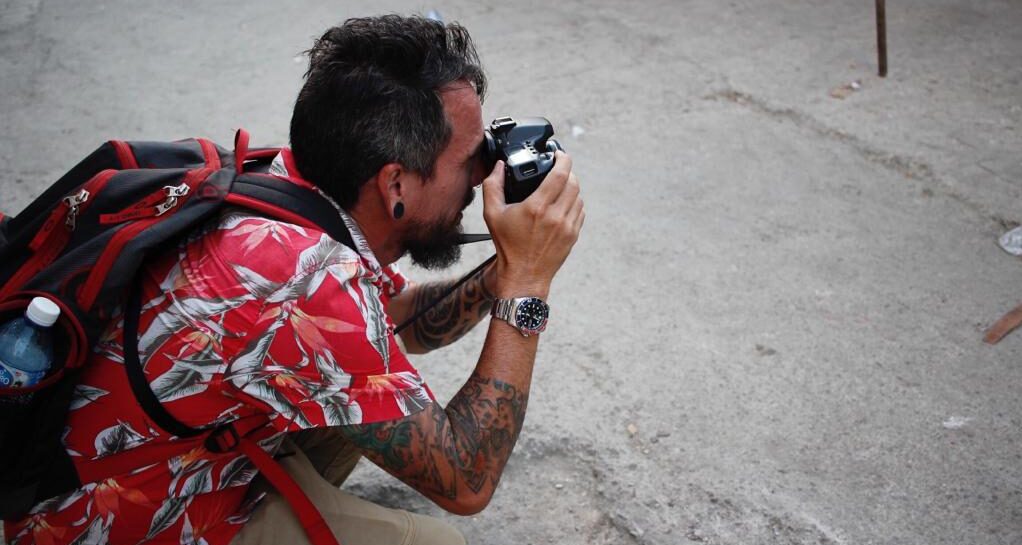 The Gloves of Hope is a foundation which represents for me, to fulfill the sacred duty, to show the world through my pictures how they can contribute to Cuban children to have better conditions to train, being even more focused on their sport without shortage of sports equipment, and only focused on training to become future champions.
Photography is my most powerful passion in life, and boxing I feel deeply linked to my art. Many of us recognize the emotional and psychological impact that a good image can have on human beings. That is why I document everything that makes me react, with the objective of not allowing that instant to fade away. I try to transmit, in my images, the story that unfolded in that moment before me. And to be able to document children boxing means a magical moment because in front of your lens you realize many of them may become future champions. 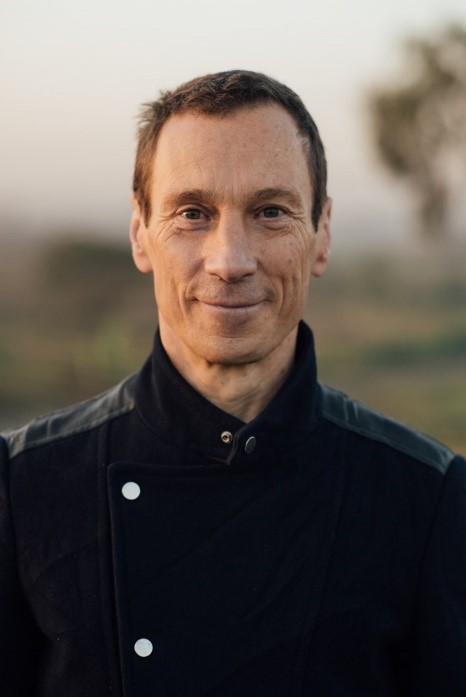 Is a comic book writer and writer-director of movies. Both documentary and fiction.

Why we are doing this

Over the past 50 years Cuba has dominated in Olympic boxing despite the embargo and lack of infrastructure.

In Havana – the Mecca of Cuban boxing  – kids practice in parks or empty lots, often without boxing equipment.

Notwithstanding the difficult conditions, these kids exhibit perseverance and determination to follow their dream  to become Olympic or world champions when they grow up.

Regretfully, for many of them this is a non-attainable dream – the situation is too difficult, infrastructure is lacking, as is boxing equipment, so many of them  lose hope and soon give up.

Our right to fight

All over the world, women too practice boxing. Cuba is the only country where no women are members of the national boxing federation. The lack of an organized system or well-developed infrastructure makes it impossible for women in Cuba to practice boxing competitively. By providing them with respective boxing facilities, Cuban women will be able to enter national and international championships in the future.

Founder of The Gloves of Hope

The Gloves of Hope was founded by Ves Trendafilov, a boxing trainer with many years of experience in the field. Ves is of Bulgarian origin. In the early 90s he started boxing at an amateur level.

Over the years Ves has continued to box and has also completed several sports training courses. In 2005 he moved to Belgium. In 2008 he started teaching his own boxing classes at the Fitness Palace, Brussels.

Numbers Speak For Themselves

In 2009 the Ves Boxing Team was born. This is a boxing club for people of different cultures, beliefs, interests and nationalities, practicing both professionally and recreationally.

In 2010, Ves started Olympic boxing training in collaboration with a world-class trainer from Cuba. In 2013, Ves Boxing organized an international 3-day boxing seminar “Olympic Boxing”.  This internship was a success story. Meanwhile, Ves obtained the highest diploma as boxing trainer in Belgium.

Over the last 15 years, Ves has coached amateur to professional boxers, beginners, recreational, children, men and women. Also several top athletes representing various sports disciplines. Through his approach, he shows the ability to share his passion for boxing with his trainees.

Make all this possible by aiding  various boxing clubs to buy boxing equipment and improve their boxing facilities.